When should you stop following-up with a prospect

My book, The Follow-up Formula: How to Follow-up with Prospects Without Being Creepy is now available. It’s filled with examples and templates you can use to make following-up with prospects easy.

Last week, we covered how long to wait before you follow-up after sending proposal. But what if you’ve followed-up and you get total radio silence?

You follow-up again, and still…crickets.

How long do you persist?

How to avoid frustration when following up with prospects.

Can I be brutally honest with you for a moment? The natural reaction when you’ve invested time with a potential client, maybe even laid out a complete strategy and written a detailed proposal, is to kick the dirt and get angry when they ignore you.

Yes, it’s rude. There’s no other way to put it. Should prospects do it—of course not? If we’re all being grown-ups, we lean into difficult conversations with candor.

But let’s get real for a moment…

Most people spend their entire lives trying to avoid difficult conversations. So instead of cursing the universe, accept the fact that more often than not, prospects will give you radio silence at some point.

Sometimes there are good reasons for it.

Next week, I’ll be on vacation. I’m working with a couple of new vendors. If they email me while I’m gone, they’ll get radio silence until I return. I’m not avoiding them, I’m just gone. The same may be true for your prospects.

Life might have overwhelmed them. I can relate. We’ve spent the last few months getting our second kid in two years ready to go off to college. At the same time my wife’s been dealing with some health challenges (I think we’re finally overcoming ?).

My responsiveness has been slow on any communication that wasn’t client related.

And we could make a list of a thousand distractions that your prospects may have, that you’re unaware of.

My default approach is to apply Hanlon’s Razor in all dealings with other humans.

“Never attribute to malice that which is adequately explained by stupidity.”

And, I extend it beyond just “stupidity” to assuming that most people are good, well intentioned, and have other priorities. I assume I’m way down the list, and I behave accordingly.

The mindset I just described is in stark contrast to what I observe in a lot of professionals who (mistakenly) believe that the project you’re going to deliver is the single most important thing in that person’s life.

Why have I just invested 500 words into dealing with this mindset? Because until you get your head right, your follow-up is going to suck. You’re going to hate following-up because you’ll take each message you send without response as yet another rejection of you as a person, and that’s just not what’s happening.

Your job as the leader of the sales process is to keep nudging the prospect towards their goal (solving the painful problem they have) until it’s clear they’re not following you right now.

So let’s answer the question of when to stop your follow-up.

When to stop following-up on proposals.

There’s an important distinction we need to make right here. There are two types of follow-up:

The distinction is in the level of personal attention and the duration of your follow-up. When you’re working with a prospect in the sales process, either working towards a proposal or just after sending a proposal, you’re going to use highly personal, 1-to-1 follow-up for a limited time.

This is where most people get stuck trying to figure out how long to stay in the game.

We’ll deal with following-up with prospects outside the sales process in a moment.

When you’re in the sales process and you get radio silence, you need a predetermined game plan to deal with it. Without a game you’ll either forget to follow-up or just stay stuck wondering if “today” is the perfect day to follow-up.

In my article on when to follow-up, I introduced the Rule of 7—follow-up every 7 days. So we have our frequency, the question is how many weeks to go with no response.

My default rule is that if I go three weeks with radio silence, I’ll send a “moving on” email and end the 1-on-1 follow-up.

I find that three weeks of absolutely no response is about as far as you can go without being a real pest. There’s a lot of advice out there saying you need to have 12+ touches, and while that’s true it’s how you deliver those touches that separate the pests from the professionals.

Just showing up bugging someone about a proposal you sent for 12 weeks, with absolutely no response is stupid, and makes you look desperate. Just go get more leads and move on.

As you’ll see in a moment, we’ll still follow-up with the person, but we won’t invest all the energy in 1-to-1 follow-up with an unresponsive prospect in the sales process.

Email template: How to send a breakup email to a prospect

I’ve been using various versions of this email for over a decade. Over the years it’s been tweaked and modified, and the most recent iteration is heavily influenced by Blair Enns’ Closing the Loop email and Kai Davis’ Magic Email.

The purpose of this email is to let your brain, and the prospect know that the 1-on-1 follow-up is ending.

This email gets a ridiculously high response rate. Prospects who’ve ignored your earlier follow-ups are still good people and won’t want to offend you, so they’ll respond to this most of the time.

You’ll get some that apologize for their silence, and reengage. And you’ll get others who have removed themselves from the sales process without telling you. These “nos” are just as valuable as the “yeses” because they remove the cruft from your pipeline.

And, when you get more silence, you remove the prospect from your pipeline.

Since I haven’t heard from you, I assume you’ve gone in a different direction or your priorities have changed since we spoke.

Feel free to reach out if we can help you in the future.

That’s it. Notice it doesn’t say ”I’ve sent you five emails and called a dozen times, and you haven’t responded…” The goal isn’t to make someone feel bad or embarrassed, it to simply get clear about where the relationship stands. That’s the professional thing to do, and you’re the leader and professional in this situation.

You’ve invested time, energy and money into the relationship with the prospect. Don’t make the mistake of dropping them altogether.

Priorities do change, and life and business circumstances often overwhelm people. So, keep in touch, just don’t invest a lot of 1-on-1 energy into it.

Use your media platform to continue to add value weekly and stay top-of-mind. Your platform allows you to follow-up with 100 people or 100,000 people without expending any more energy.

That keeps you in the game without distracting you from the other active opportunities in your pipeline.

Look at your pipeline. Who should you send the “moving on” email to this week?

When you send it, let me know what kind of response you get at @steve_gordon.

What’s new this week at The Unstoppable CEO™…

Check out the latest stop on the UNSTOPPABLE PODCAST TOUR – 2019:

Marketing Mistakes (and How to Avoid Them) with the amazing Stacy Jones—This was one of the most fun (and value-packed) interviews I’ve done all year. Stacy and I talked about building a business that creates freedom for the owner. Definitely listen!

If I offered to write a great lead-generating book for you in the next 60-days would you take me up on that offer?

Interested? Get all the details, including a $750,000 book case-study…click the button to go there now. 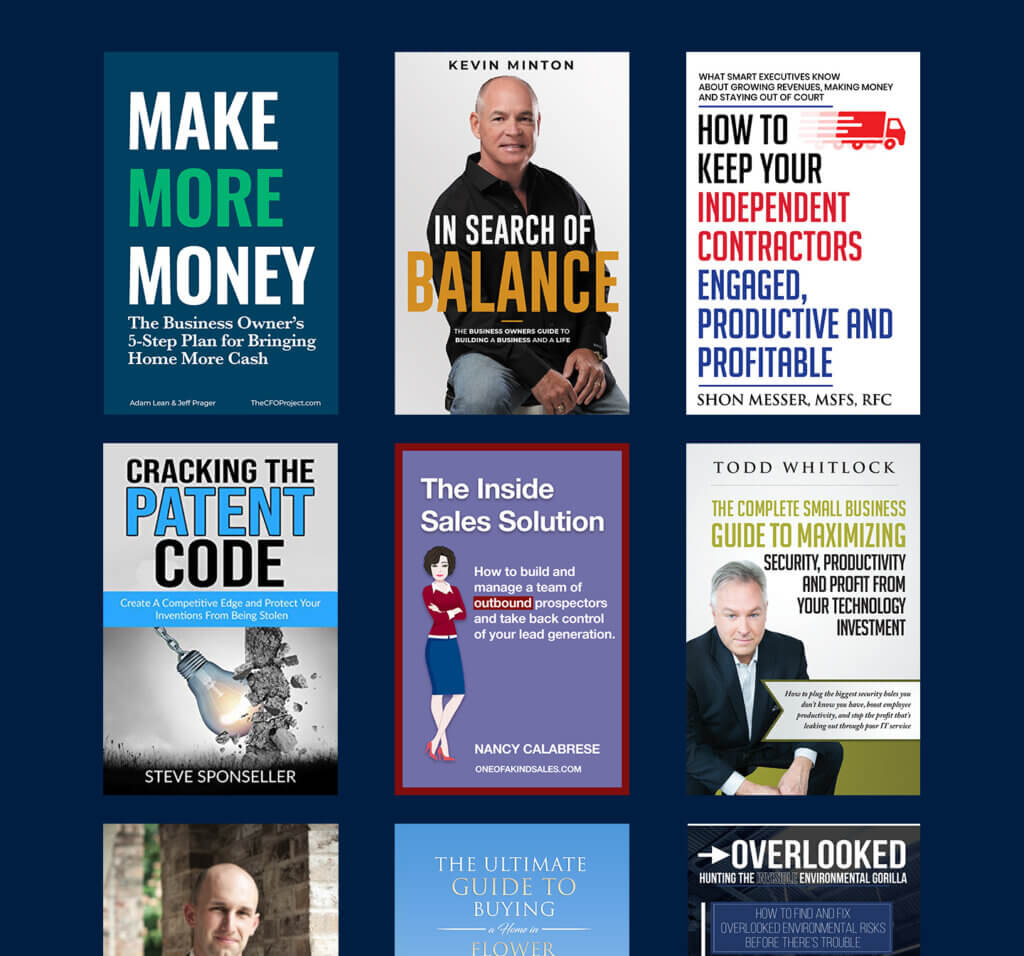 Steve Gordon is the host of The Unstoppable CEO Podcast, author of two books. He recently published a complete guide for landing clients without selling.
PrevPrevious ArticleProposals: How Long Should You Wait to Follow-up?
Next ArticleThe #1 Barrier to Effective Follow-up (and what it’s costing you)Next